Today it is my great pleasure to welcome Terry Abraham to my blog. Terry is the creative talent behind the highly acclaimed film The Cairngorms in Winter with Chris Townsend – a triumph in the genre of mountain film. He’s currently working on an ambitious new project, Life of a Mountain: Scafell Pike which I would encourage all of my readers to consider backing on Indieogo. In this interview I ask Terry a little about his work and his plans for the future. 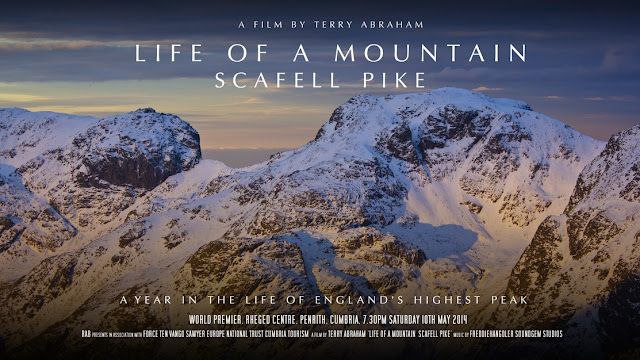 Your last film, “The Cairngorms in Winter,” has been hailed a great success by critics and viewers alike. Did the success of the film come as a surprise to you?
Absolutely. Such things are really rather subjective. I for one just produced something I’ve always wanted to see, and with Chris Townsend. Something less formal and more authentic. While I began to edit the film, I was really pleased with what was coming together but it dawned on me that the pace was somewhat slow when compared to most other videos and films of this subject. But I liked it. And I wanted the area to take centre stage. After all, that’s why we all love the outdoors no? It’s about the landscapes.

So, with that in mind myself and Chris have been truly taken aback by the public’s and critic’s response to the feature. It’s not perfect by any means. But as a first attempt at a feature-length video for both of us, I think we did an OK job.

“The Cairngorms in Winter” is very different to most other mountain films I have seen. In a genre dominated by adrenaline and action, you and Chris managed to create a film where very little happens – and yet it was profoundly beautiful. Was this difference in approach a conscious decision, or did it evolve naturally?
Ha. Well, I touched upon your observation in the previous question. I think much of it stems from the fact that me and Chris just love the outdoors with a passion. For me it’s arguably an obsession in truth. I feel compelled to explore and take it all in at whichever pace I feel at the time. I’d say it’s the same for Chris too. So, without thinking about it, that’s how the film came to be.

I’m not one to where my heart on my sleeve. I’m rather a ‘man’s man’ kind of person. But it’s been interesting to hear from people how they find the film ‘poetic’ and ‘romantic’ at times. I guess underneath all my layers as a person I am a shameless romantic when it comes to the outdoors. It just naturally flows out of me. But it’s also how I see it. And it’s inevitable it will show on video.

I’m just pleased I managed to achieve some of the vision and drive I wanted to put on screen. More so given the little time I spent up there.

So, no it wasn’t planned at all. It just came naturally and upon reflection I think it’s a mark of how me and Chris are as lovers of the outdoors. And in that respect I’ve been extremely lucky to have got on so well with Chris and consequently become good friends.

Tell us about your new project and how we can support it.
Well, I’m currently working on “Life of a Mountain: Scafell Pike.” The film is a brainchild of mine that’s been brewing for at least 2 years and thankfully I’m now executing those ideas and dreams. I’ve always loved the Scafells and Lake District. It’s my spiritual home if you like. It ticks so many personal boxes for me as a lover of the outdoors. And yet I’ve never seen a single TV show that showcases the area or Lakes for that matter, that shows it at it’s most beautiful. Never. 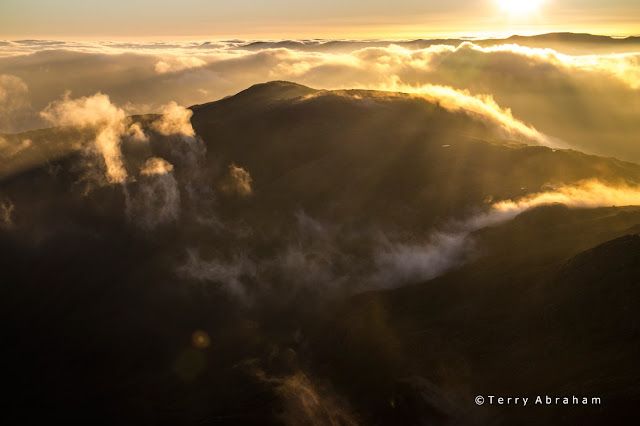 Consequently, I’ve always dreamed of producing a film about the Scafells seen through the course of the seasons, but also feature a story. The story of the area. Who lives there. Who works there. Who cares for it and who play on it and why. It’s those threads I hope to tie into the film. Make it enlightening and engaging but moreover inspiring. I’m keen to bring the romance of the Lakes back to the fore. And there we go again…that word ‘romance’. Damn! Some folks observations are right!

I’m still seeking funds for the film though due to some unforeseen circumstances. So, I’ve set up a fundraising page on Indiegogo where the public can contribute various amounts of money in exchange for gifts HERE.

It must be enormously challenging to produce a film set in the mountains, particularly with such a small team. Take us through the unique challenges and rewards of working on “The Cairngorms in Winter” and “Scafell Pike”.
Team?! There’s only me I’m afraid. I’m a one man show. I do all the sound, filming and editing. Heck, I’m no journo but even the interviews with people too. My main gripe is carrying all my camping gear, food and video equipment up onto the fells for days on end. It frustrates the hell out of me sometimes. Especially on stormy days, or when there’s deep snow or just clag and persistent rain!

But I’ll be the first to admit that even just an hour or two of the clouds parting and the sun poking through is enough to make my day. Literally. I don’t film all the time. I’m only ever filming what I feel is worth capturing. So, the weather, the light and season all plays a part in that and as a result I selectively choose where I’m going and why and when.

With such positive reviews for your previous film, and an obviously enthusiastic core of fans, I guess the pressure must be on – do you thrive on pressure or does it daunt you a little?
I thrive on challenges and I suppose overcoming pressure is a challenge in itself. No, I don’t feel pressure from expectations. More getting the work done in a given time frame and with a keen eye on the weather….then the pain of lugging a heavy pack out on the hills. But I’m more ‘aware,’ than ever the expectations folk have me on the Scafells film. If anything I’m trying to keep one step ahead and surprise them with what I’m doing, with whom and with the wee clips I put out online.

Of course, the proof will be in the pudding. And I’ve no idea how the film will turn out in truth. But so far, with the shoots I’ve done and having reviewed the footage I can honestly say that ‘Life of a Mountain: Scafell Pike’ is in a different league to the Cairngorms one. I’ve put a lot of effort into this and of course given the above, it’s kind of personal too. So, the love is there and I hope it shows on screen. It best do. 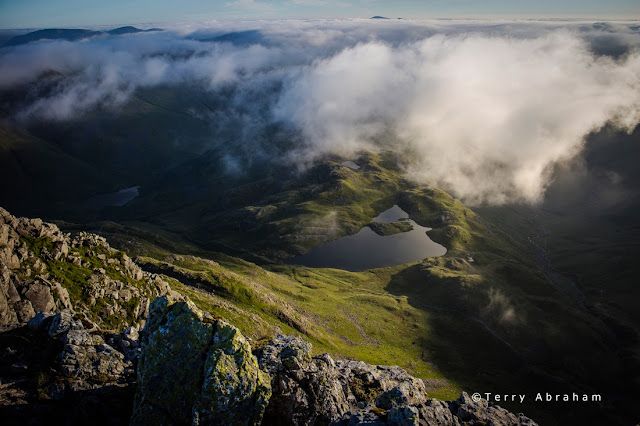 Can you tell us anything about your future projects?
Nothing major. I’m riding the crest of a wave and seeing how long it lasts and where it will take me. I certainly never ever expected to be where I am now. Be it a few months ago, to a year ago. But I can say me and Chris Townsend will be working on another film where we hope to begin shooting next January.

You must have had some great days in the mountains during the filming process of both your most recent projects. Does any one day stand out from the others?
Too many to say in truth. Even some of the bad days I have fond memories of. I guess a recent highlight was a bivouac on Scafell Pike summit. The previous few days had been very productive and eventful. I had one battery explode in my pack due to the recent heatwave! But the evening proved to be rather miserable. I was thankful to be honest. I was truly exhausted and needed a good long sleep. Alas, I woke at 4am the following morning to the most wonderful cloud inversion as far as the eye could see to all points of the compass.

Only the Pike was above it all! Makes me grin now just typing and reminiscing that morning. And when the sun began to rise on the eastern horizon, it was a sight to behold. I really felt like I was in heaven that day, despite my focus being on the cameras.

When and where will “Scafell Pike” be released?
DVD May 2014. The premier will be on the IMAX screen at the Rheged Centre, Penrith, Cumbria. 7.30pm, Saturday 10th May 2014. Tickets on sale now.

Many thanks to Terry for the interview. On a personal note I’d like to add that “Scafell Pike” is well on the way towards hitting its crowdsourcing target on Indiegogo, but every little really does help so if you’d like to see this film succeed then please consider contributing – and spread the word!To find out more, you can visit his blog hereFollow him on Twitter hereAll photos (C) Terry Abraham – All Rights Reserved