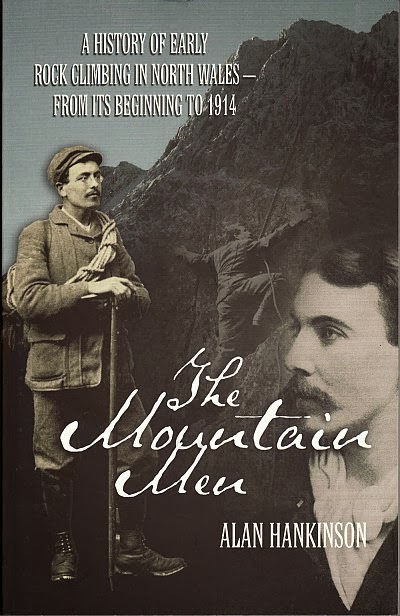 The Mountain Men: A History of Early Rock Climbing in North Wales
by Alan Hankinson

This series of articles showcases gems of mountain literature, both established classics and more esoteric titles.

Alan Hankinson was one of the UK’s foremost scholars of British mountaineering history. He published a number of titles in his lifetime, from comprehensive biographies to more accessible history books like this one.

The Mountain Men is a slim volume, written engagingly and with authority. Hankinson outlines the history of mountaineering in North Wales, but instead of providing a scholarly, blow by blow account of events and dates, the focus is instead on bringing the characters themselves to life. O.G. Jones, the Abraham brothers, Oscar Eckenstein, George Mallory, Geoffrey Young … they’re all here. The book is also dotted with period photographs, often taken by George and Ashley Abraham.
I first read The Mountain Men in 2006. As a young mountaineer just starting to discover the hills, it was a huge inspiration to me and one of my first glimpses into the illustrious history of the sport. This was my first encounter with many of the characters who would later have starring roles in my first novel, including Owen Glynne Jones himself.
Ultimately this is only an introduction to the history of Snowdonian climbing, and scholars interested in learning more will treat it merely as a first step. However, as a springboard to deeper understanding of the period, it does an admirable job.