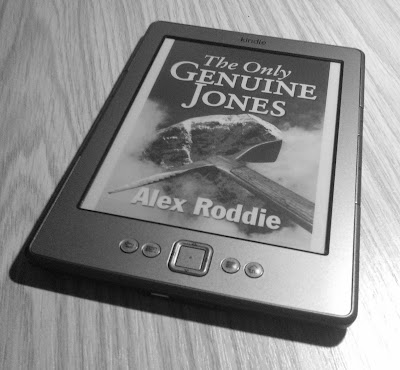 I’ve been a little quiet on the blog and Facebook page recently, for which I apologise (although I think I’ve been making up for it with a stream of chatter on Twitter!) The truth of the matter is that, as publication date draws closer, I find that my list of things to do isn’t actually anywhere near as long as I had expected it to be. For years now, chasing a traditional publisher, I had trained myself to get used to the idea that it would be a long and hard process with many challenges and pitfalls; so it comes as something of a surprise to discover that, just over two weeks away from the electronic publication of my first book, I’ve actually done pretty much everything that needs doing.

I’m lucky enough to already have an established social media presence, built up over many years, and I started to put the effort into building an effective website and blog several months ago. As a consequence I already have a constant stream of visitors to this site, 90 followers on my dedicated author page on Facebook, and 160 Twitter followers. That’s a fantastic head start considering the book isn’t even launched yet. I recently read that something like 75% of indie authors don’t even think about social media until their book is already available. It’s my belief that the effort I have already put into promotion will pay off once the book comes out.

That said, I have already made the decision that the bulk of promotion will happen after the 21st. It’s easier to promote the existence of a tangible product than one that is yet to appear. I am aware of the benefits of a huge surge in sales within the first couple of days of launch, but in order to strike gold–that is, high-profile slots in national magazines, and quotes from well known individuals–I think I need evidence of some existing momentum. After all, indie books still have an amateurish stigma about them, and I think my book needs to prove itself.

I think my absolute confidence in my own work helps a great deal. Every single person who has actually read the book has come back to me with praise that has blown me away. That said, I am also ready for the inevitable negative reviews and opinions; due to the unusual nature of the book, some people simply won’t like it.

So, all that I have left to do before the launch is to finish the final read-through to catch out last minute errors, do a final compile (which will be uploaded to KDP and downloaded for a final check the day before launch), and put a news story up on UKC. The rest will come afterwards!