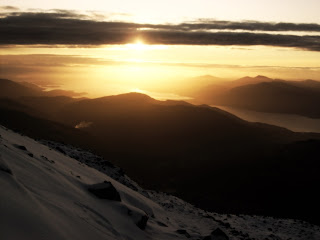 Lies and ignorance, it seems, are more tenacious than I originally thought.

Last week, I posted an article on this site issuing a simple plea: for more understanding, more education, and less knee-jerk sensationalism from the media and the general public. Mountaineering deaths are an emotive subject and it’s understandable that debate should be so heated. I think it’s a testament to the strength of feeling within the mountaineering community that the response to my article was so overwhelming: with over 1,500 views (and rising), 80+ tweets, and many quotes in other media, it rapidly became the most popular page on my site.
The outdoor community of the UK has come together in the most remarkable fashion, standing up and proclaiming in one voice that the freedom of the hills does not (and never will) need regulating. Dozens of outdoor bloggers, many with considerable clout, wrote their own pieces in support of my point of view.
But the whispers continue. The wolfish few continue to spout their ignorant attacks on our culture–on the freedom to wander in the mountains that we value above all other things–and I’m worried that the voice of sanity isn’t loud enough yet.
The latest attack comes from Dorothy-Grace Elder, writing for Thinkscotland.
I urge you to read the article. Read every ignorant, misguided, hate-filled word. Think about a mountain culture where access to the hills is restricted based on perceived danger, where climbers are believed to be selfish, ego-driven lunatics.
Some choice quotes:

Nit picking with an ice axe, people claim they study avalanche warnings, as if there weren’t many other awesome dangers in winter. And many still set out, despite the warnings. Next excuse up is the usual “you’re also in danger walking on city pavements” and similar twaddle.

Must Scotland become a sort of outdoor Dignitas for healthy, fit people?

The cowardice of the Scottish Parliament in shying away from this one particular form of death must be tackled. We’re not dealing here with those who must live with risk because of their jobs – fishermen, oil workers, fire-fighters. Just mere hobbyists, whose worst excesses must be at least explored.

But don’t let’s blame the victims – but the whole aura around mountaineering. However bright victims are, they’re young and likely to be persuaded by the propaganda they receive of gung-ho support of “adventure”

There has been much discussion about this issue on the UKClimbing forums recently, and one school of thought would have it that this kind of drivel can’t hurt us because it will never catch on. Much as I would like to believe this, sadly I disagree. If, God forbid, anyone else is killed then the fires will be fanned and the trolls will redouble their assault.Yes, their arguments are built on lies, warped statistics, and half-baked opinions. That doesn’t make them any less dangerous.

People are easily influenced by the media. Friends have recently told me how family members have been asking them how they justify going into the mountains in winter conditions. It’s clear that, already, something is changing in the mind of the general public.

As lovers of the outdoors, we have a duty to crush this kind of thinking right now. The power lies with each and every one of you.

Here’s my call to action:
1. Leave a comment on the article I linked to above, and all future articles of the sort as and when they appear. State your views clearly and intelligently.
2. Write to your local MP, to the newspapers, to the radio stations. Make sure the media is aware that there is a segment of the population who objects to these views in the strongest possible way.
3. When you talk about the mountains with others, make them see the magic and the wonder of it: that Aonach Eagach sunrise that you remembered for a decade, or the joy of breaking out from a dark gully onto the sun-washed plateau of Ben Nevis. Emphasise the physical fitness, the sense of purpose, the friendships forged, the personal demons overcome. Make people see why we choose to do this.
4. Appeal to common sense. How could ‘closing off avalanche areas’ possibly be implemented? I’d like to see Torridon somehow closed off to mountaineers and policed. It’s completely impossible and anyone with any sense will realise this.
5. Don’t give up!

If we create a united front and resist talk of regulation and restriction, we will easily stop this nonsense from spreading. Right now it’s just a few vicious, misguided articles and media appearances, but if we sit back and let it happen then it could gain more popular support.

For those who seek it, the freedom of the hills is one of the most precious gifts life can give us. To lose that freedom, or to have it curtailed thanks to ignorance, would be a terrible tragedy. I hope if you have read this article and agree with what I say–even if you aren’t a climber of walker!–you will share it on Facebook, Twitter, and wherever else you can think of. Our voice needs to be heard.