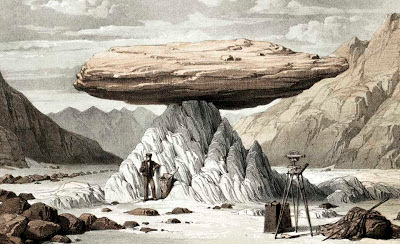 This is a question I have been asked several times over the last few days. Unfortunately the answer is far from simple! On Wednesday night at the book launch I dived headlong into a conversation about glaciers and legends and the remarkable books I have read over the last year and a half. Afterwards I analysed the conversation and realised how impassioned my side of it had been.

The Only Genuine Jones is, in many ways, a book as much about the future as it is about the past. I use an alternative version of past events as a lens through which issues relevant to modern mountaineering culture are examined and explored.

My new book is something quite different. Sometimes I think I may have bitten off more than I can chew. I haven’t even begun to understand the full scope of this novel, and I don’t think I will fully understand its themes until I have made the final tweak to the final draft. This is not a story I can sit down and write in one go. It will grow as I grow.

Alpine Dawn is not a book about mountaineering culture, although the main characters are mountain explorers. It does not feature a radically different version of true events … although historical figures interact in ways they never did in real life. I have been influenced by the writings of Forbes, De Saussure, Thackeray, Dickens, Hugo. I want to imitate the epic scale of a panoramic Victorian novel while avoiding the sentiment and episodic nature they are frequently accused of.

I want to create a story of balance. Soot-choked misery, boom and bust, disease, unemployment, death, and social upheaval are the dark scourges of the mid 19th century, but always there is suspended in the distance a vision of light and perfection, a purer and more honest world towards which my characters stumble. The Golden Age of Alpine exploration lies just beyond the horizon from the perspective of 1848.

If I had to choose one phrase to sum up Alpine Dawn today, it would be this: the discovery of sublime truth and freedom through escape from the industrial world. That is oversimplifying it, but it’s an important theme.

I’m 35,000 words into this book, but nowhere near a third of the way through. This will be a big novel. Will it be ready for release a year from now? I don’t know; I’ve been working on it for a year already. It might take another two.