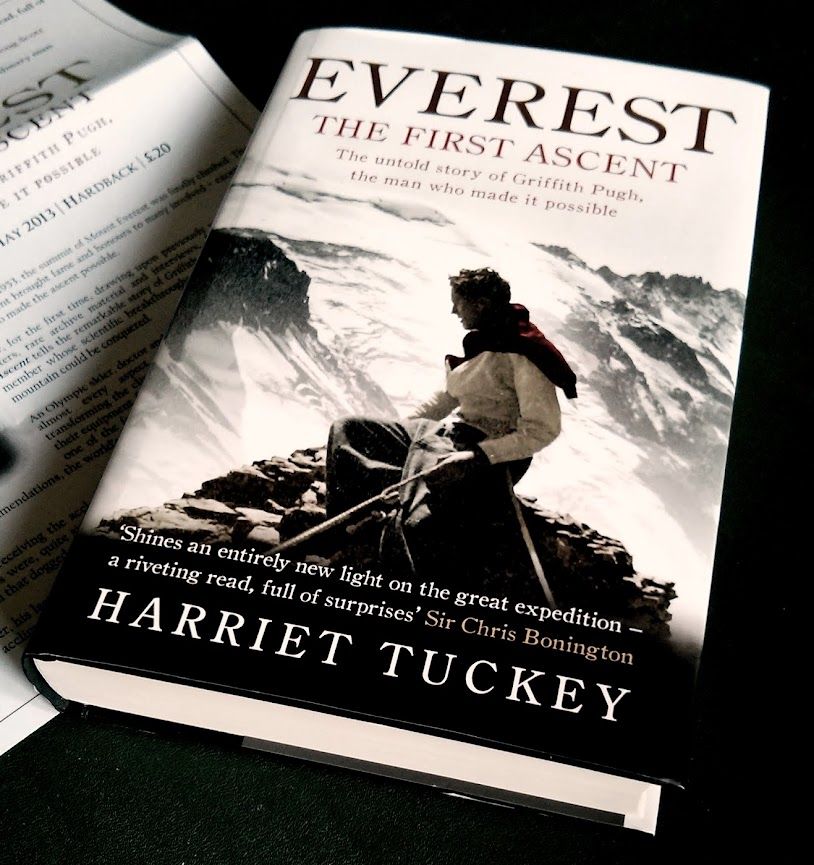 On May the 29th, 1953, Sir Edmund Hillary and Sherpa Tenzing Norgay reached the highest point on planet Earth. After fifty years of dreaming and hair-brained schemes, of failed expeditions and death, of legends and heroes, Everest had finally been climbed. It was a pivotal moment of the 20th century and marked the end of an entire chapter in the history of mountaineering – and the beginning of another.

However, amongst all this relatively predictable deluge of Everest news, Harriet Tuckey’s new book stands alone in offering something genuinely new.

Everest: The First Ascent is launched tomorrow in the UK and aims to tell the story of Griffith Pugh, one of Everest’s forgotten heroes. Pugh was a pioneering physiologist who studied the effects of hypothermia on the body and contributed a vast amount of scientific research to the expedition, without the results of which Hillary and Norgay could not have reached the summit. Pugh also designed the acclimatisation programme, boots, tents, down clothing, stoves, and numerous other items of equipment which were to prove absolutely vital to the expedition’s success. Despite his contributions, Pugh’s name is almost unknown today. Harriet Tuckey’s book aims to put the record straight.

The publisher has been kind enough to send me a review copy (it’s a gorgeous hardback with many photos) and I will be reading it with great interest over the coming days. Look out for an in depth review soon!

Everest: The First Ascent is available to order here from Amazon for £12.60.
BooksNotesEverestmountain historymountains