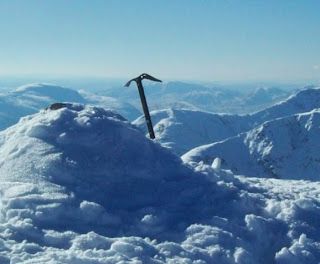 Glencoe Mountaineer
(Climbing and Mountaineering)
Run by James Roddie
In this new series of articles I will be showcasing blogs of merit and interest, usually (but not exclusively!) connected with the topics of mountaineering, Scotland, writing, and history.
In the first article of the series it’s my pleasure to introduce Glencoe Mountaineer, the well respected Scottish mountaineering blog established in February 2009. I ran the blog from its humble beginnings until 2011, and during that period it came to be known as one of the best sources of information for Glencoe winter climbing conditions. During the “Scottish season” it has been known to see many thousands of hits a week.
I left Scotland in 2011, and since then my brother James took over the blog’s maintenance. I have continued to write the occasional guest post but it is now very much his blog, and under his editorship it has increased in popularity.
Today Glencoe Mountaineer has a reputation for quality content, thanks to a large extent by James’ unbelievable photographic talents and his penchant for soloing serious mountain routes. There are many Scottish climbing blogs out there but Glencoe Mountaineer has never quite taken the mainstream course. James now lives and works in the Cairngorms, which has naturally changed the main focus of his explorations, but the blog has always roamed around the Highlands so the spirit of the writing remains the same as it ever was.
NotesBlog spotlight