The Atholl Expedition, my second novel (or second novella, depending on your definitions) is coming! This book is a slight departure to my existing work. Set in 1847, the story follows an adventure taking place in the Cairngorm mountains of Scotland. Like my existing books it takes strong inspiration from history and many of the characters were real people, but unlike The Only Genuine Jones or Crowley’s Rival this is not a mountaineering book. Mountains play a prominent role, but are merely the grand backdrop to a very human set of dramas.

In this post I would like to introduce you to the main players in this new adventure.

(Characters with an asterisk * are imaginary and therefore depicted by artwork found on the Web. The other characters were all real people in 1847.) 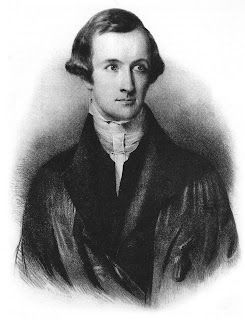 James Forbes
James Forbes, Professor of Natural Philosophy at the University of Edinburgh, is the main (and title) character. He is the world’s leading authority on glaciers although by late 1847, at the age of 38, he suffers from chronic illness caused by overwork. This doesn’t stop him journeying out into the mountains when he is supposed to be convalescing at his summer residence in Perthshire, however. In the story he is obsessed by the notion that a glacier has survived somewhere in the unmapped depths of the mountains. 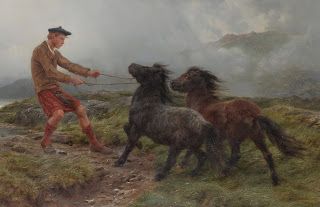 Duncan McAdie*
Duncan is a young ghillie (deer stalker) who has lived in Glen Tilt all his life and works for the Duke of Atholl. He has two of the required qualities of a Highland gamekeeper: toughness and the ability to move swiftly and silently over the mountains. However, he is restless and yearns to leave the estate to seek his fortune in Edinburgh. This desire brings him into frequent conflict with his father. 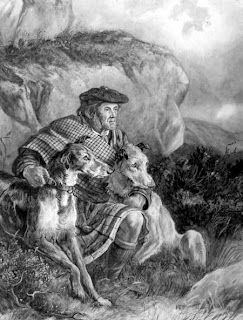 Alec McAdie*
Duncan’s father, Alec, has worked as a ghillie in Glen Tilt for twenty years and aspires to be head keeper of the Atholl estate. After years of being overlooked in favour of more educated and less abrasive men, he is given one final chance for promotion and will do whatever it takes to make his dream a reality. 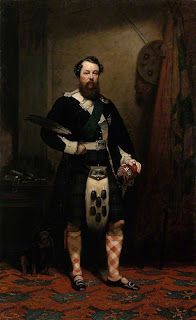 George Murray, 6th Duke of Atholl
The Duke is master of the Atholl estate and lord of the surrounding lands. He is looking to make economies in the running of his estate and also boost its profile as a destination for discerning sportsmen. When Queen Victoria and Prince Albert decide to pay a second visit to his castle at Blair, he sees the opportunity he has been looking for. 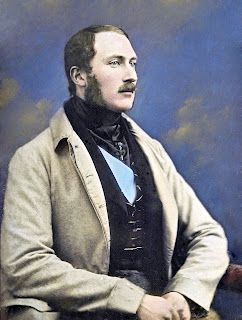 Prince Albert
Husband of Victoria and an enthusiastic sportsman, Albert is looking forward to a second visit to Blair. He isn’t a very good shot but has an ambition to bag himself the greatest stag of the estate, a legendary beast known as Damh-mor. 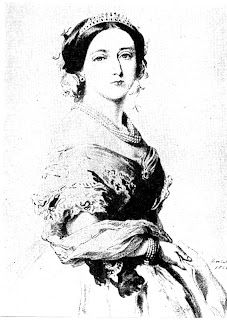 Queen Victoria
Monarch of the United Kingdom. Victoria is enjoying her Scottish summer holiday but is not best pleased when Albert escapes into the mountains for a marathon hunt. 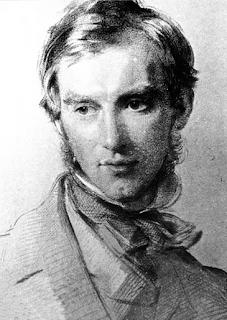 Ewan Carr*
A former student of Natural Philosophy at the University of Edinburgh, Carr is spending his summer tramping over the Scottish mountains. His over-fondness for the local whisky and reckless personality frequently bring him into conflict with the local landowners, and Carr’s foolishness will cause many problems for Professor Forbes as the story unfolds. 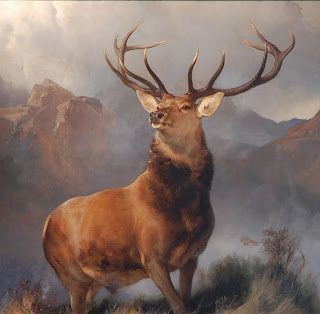 Damh-mor*
The oldest and most cunning hart of the Atholl estate. Damh-mor is a beast rumoured to be hundreds of years old by the Highlanders who work the land, but to the Duke of Atholl he is a commodity to be sold to the highest bidder. Many superstitions surround this magnificent creature and he proves more elusive than his pursuers could ever have expected!
So there you have it: a brief overview of the main characters in The Atholl Expedition. The book is expected to be around 50,000 words in length so somewhere between a novella and novel in size, but don’t be fooled–this is a far more complex and involved story than my other short piece, Crowley’s Rival, and it’s proving a lot of fun to write! At the moment I am still on target to release it within two or three months.
NotesCairngormsThe Atholl Expedition