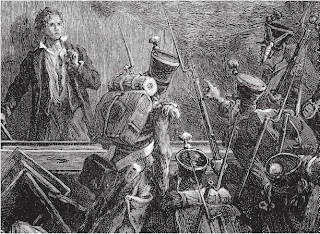 I try to read one ‘big book’ each year – a major classic of the 19th century, usually aimed in some way at my current writing. These big undertakings are interspersed with lighter reading material to provide variety, but up until now the big projects have always eclipsed every other book I read throughout the year; sometimes their impact has been profound (eg. David Copperfield, which I read in 2010).

I’m currently halfway through. Here are my impressions:

One quote that particularly stood out to me:

“… and the kings resumed their thrones, and the master of Europe was put in a cage, and the old regime became the new regime, and all the shadows and all the light of the earth changed place, because, on the afternoon of a certain summer’s day, a shepherd said to a Prussian in the forest, ‘Go this way, and not that!'”


This novel is proving to be quite an adventure, and although it’s not all an easy ride I’m sure I will enjoy it through to the end!