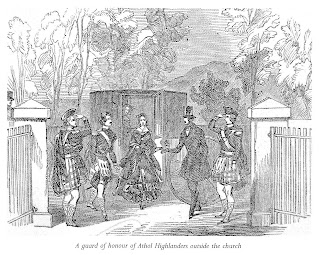 Well, it has taken a little longer than expected, but at last I am working on the very final scenes to be included in The Atholl Expedition. This project has grown as I have written it and now it goes deeper into the characters of both Forbes and Duncan than I had expected. What began as a short prelude to Alpine Dawn has developed into a richer work in its own right – a love letter to the Highlands and (in a small way) an exploration of the social history of the 1840s.

At the heart of this piece is the tragedy of Professor Forbes: the chronically ill scientist who no longer has the strength to wander amongst the mountains, and yet whose spirit yearns for them every moment of every day. Given the choice between his health, even his very life, and the chance for one more mountain journey, he will always choose the latter course – regardless of the consequences for himself and others. His relentless character, his driving need to achieve and to do, comes from a deep-seated awareness of his own mortality.

This will not be the last time we meet Professor Forbes. He is also a key character in Alpine Dawn, the expanded tale of his last great voyage.

For now I will leave you with a quote from Chapter 7 of The Atholl Expedition which, I believe, is particularly apt for this time of year.

The air smelled of autumn: of damp moss, peat, the musty scent of rotting heather stalks. He could feel the imminent change of season with some sense he possessed more subtle than sight or smell – an animal awareness, an impulse not unlike the forces that draw the stags down from the mountains to bellow and fight each other in the morning mist. The landscape breathes out at the end of its short summer, and the little lives it nurtures are compelled to dance to its ancient rhythm. So it has always been.

Duncan understood why his father felt such a profound connection with the land. When one is a part of it – truly a part of it – every running stag, every burn in spate, every ripple of wind in the grass creates an echo in the spirit of man. Some choose to call it God. Duncan’s father did not call it anything at all, and yet he felt it powerfully and relied on this connection, this kindship of spirit, to guide his footsteps every day of his life.