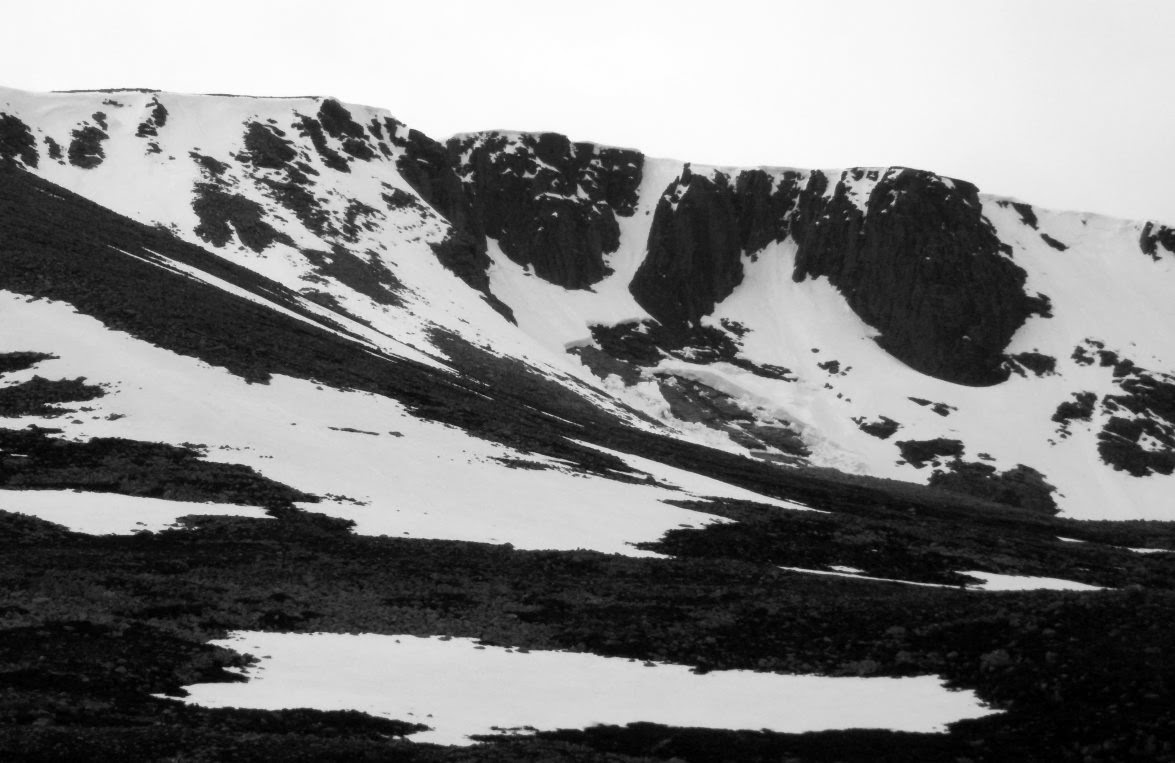 My new novel, The Atholl Expedition, asks a question: when did the last glacier in Scotland die? Was it thousands of years ago in the prehistoric past, as is commonly believed, or did a glacial mass survive in one of the remote and secret recesses of the Highlands, away from the inquisitive minds of surveyors and geologists?

Until now we have only been able to guess at the answer, drawing on folk legends and historical accounts of mountains capped with snow all year round. Research has proven inconclusive. I wrote The Atholl Expedition partly as an attempt to show what it might have been like if a small Scottish glacier somehow survived through the aeons right into the reign of Queen Victoria.

Now we no longer have to imagine. The question has been answered.

According to researchers from the University of Dundee, Scottish glaciers formed and persisted in the Cairngorms during the so-called Little Ice Age between the mid 17th and late 18th centuries. The specific glacier in question was situated in Coire an Lochain in the Northern Corries above Aviemore (photo above taken by the author in May 2010).

There are some anecdotal reports from that time of snow covering some of the mountain tops year-round. What we have now is the scientific evidence that there was indeed a glacier.

And a quote from Dr Harrison:

Our findings show that the Cairngorm mountains were probably home to a number of small glaciers during the last few hundred years – around 11,000 years later than previous evidence has suggested. It may be that such glaciers also existed in the Scottish Highlands and elsewhere during other cold periods after the main ice sheets had disappeared.

The glacier in The Atholl Expedition

In my new book, Professor Forbes investigates the “eigh-shruth” of An Garbh-choire, Braeriach, in the year 1847. This location is only a few miles away from Coire an Lochain and is currently home to the most persistent snow patches in the UK. 1847 is at least sixty years after the latest date put forward by the researchers in their recent publication, so it remains unproven whether or not a glacier actually existed on Braeriach at that time. My personal opinion is that it’s certainly plausible!

An update on Atholl


Just a quick update. Interest remains strong in the book, and it has remained in the top ten bestsellers in the mountaineering chart on Kindle for most of the last week, reaching a high point of #2 so far (although #6 – #9 is more usual). That means it has been consistently outselling some fairly heavyweight authors including – at one point – Joe Simpson! I’m sure this success won’t last, of course, but it’s doing much better than The Only Genuine Jones was at this point. I suspect the amount of buzz about the book on Twitter has made a huge difference.

All I can say is … any authors who stubbornly insist “Twitter doesn’t sell books” have been doing it wrong!

I have also taken delivery of the very first paperback proof and have begun checking it through for printing errors. I will be in a position to register interest for signed copies within a couple of weeks.