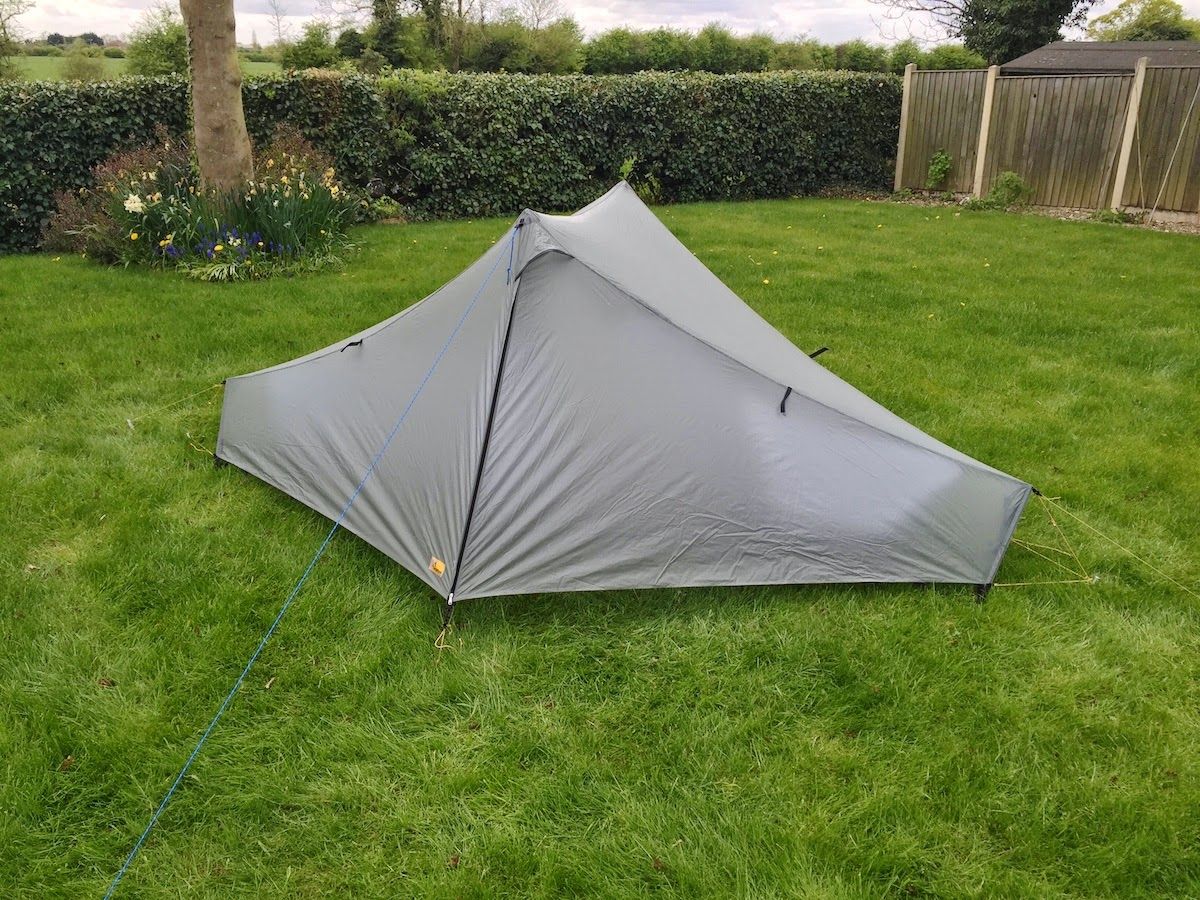 Recently I blogged about how my old Laser Competition was showing signs of wear and tear, and that for my planned hike of the Cape Wrath Trail I would need to find a new shelter. My requirements for a new shelter were as follows:

Simple, right? It turns out that it’s fairly easy to find tents that fulfil five or six of these requirements, but not all of them. I narrowed it down to the Tarptent Notch and the Six Moon Designs Skyscape Trekker. The Skyscape Trekker looked like a great option, relatively inexpensive and available in the UK. However, when I did a bit of research I found that people have been having trouble with the zips and the reinforced area at the pole apexes. Additionally, it isn’t a true twin-wall shelter; condensation has been reported as a problem by some users.

The Notch, on the other hand, costs a bit more and has to be imported from California. However, every single review I’ve seen has been extremely positive, and Tarptent has a reputation for quality. It’s actually a cottage business, like many manufacturers of ultralight gear, and the designer (Henry Shires) takes feedback from his customers very seriously. In fact, I’ve heard that improvements were made to the Notch thanks directly to a forum thread on Backpacking Light. This is a shelter specifically designed for thru-hiking.

So I decided to fork out the extra cash and get the Notch. It arrived today and I eagerly pitched the tent. The question is, was it worth the investment?

Unpacking and pitching the shelter


The Notch came in a stuffsack with four aluminium nail tent pegs (reassuringly sturdy, unlike the Laser Comp’s titanium pins), an instruction sheet, and a seam-sealing kit. The instructions were basic but sufficient, and provided a link to an online video showing you how to seal the flysheet.

The Tarptent Notch weighs 770g, which is a weight saving of about 200g over the Laser Competition — pretty phenomenal when you consider that this is a twin-wall shelter, not a tarp. The packed size is also very compact.

I pitched the tent in the garden. Pitching was extremely easy. First you peg out each end, which has an interesting tripod arrangement of short guylines radiating from the corners of a venting panel, reinforced by carbon fibre poles. Next you insert your trekking poles extended to the correct height (105-115cm), then peg out the sides. After adjusting the toggles and spacing the poles correctly, you’re set.

It was very easy to get a taut pitch, unlike the Laser Comp, which always required several adjustments after pitching. And I found myself impressed by the attention to detail that has gone into the design of this tent. There are clips at the end of the vestibule zips to take the strain, avoiding damage to the zips in high winds or heavy snow. It’s possible to adjust most of the pegging-out points without leaving the shelter. There are several intelligent venting options to reduce condensation, and I opted for the 50% solid inner tent (instead of 100% bugnet) which will improve its suitability for winter conditions. Thanks to the use of trekking poles set to 105-115cm in length, you get a good amount of headroom too. It’s surprisingly spacious inside.

Best of all? You get two vestibules, one on each side, and each vestibule has its own door! What luxury!

Basic modifications to the Tarptent Notch


In its factory configuration, the Notch is a sturdy tent capable of withstanding three-season conditions. However, even before my tent arrived, I had some basic modifications in mind. Scotland, after all, often throws some pretty diabolical weather at the wild camper.

The manufacturer makes it very easy to add guylines to the Notch. There are two clips, one at each pole apex. I cut lengths of 3mm cord and fitted guylines. It took about two minutes.

I don’t think that lateral guylines should be considered essential, but they do stabilise the entire structure and I’m confident they will add crucial support in the event of high winds — particularly if the wind changes direction overnight and hits you broadside-on. Conditions like this often resulted in an uncomfortable night when camping in the Laser Competition. Most importantly, it takes some of the strain away from the lightweight Silnylon flysheet.

I also had to seam seal the tent, as the seams do not come sealed out of the factory. This is a fifteen-minute job and easily accomplished. For an instructional video, click here and scroll to the bottom.


To say I’m impressed by the Tarptent Notch is an understatement. I haven’t used it in anger yet, but I’ve used backpacking tents for long enough to know a good one when I see it. This is the lightest tent I’ve ever owned, probably the strongest in high winds, and has many intelligent and thoughtful qualities to its design. It wasn’t cheap, and I would have preferred to support a British manufacturer, but when it comes down to it the Notch was the only shelter that fulfilled all of my requirements. I think I’ll get on well with it.

As always, I’ll return with a full report when I’ve tested the Notch in the field.