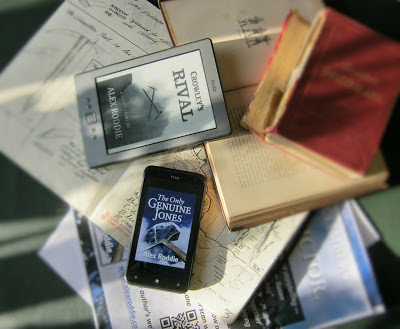 I know we’re not quite at the end of the year yet, but the next two weeks are going to be very busy so I thought I would write a reflective post while I have the chance! I will also take this opportunity to bring readers up to speed with a few recent developments.

At the start of 2012 my writing career was in the doldrums of searching for a literary agent. I received plenty of encouraging rejection letters, informing me that while my book showed promise, it wasn’t marketable enough. In July I celebrated the end of my first full decade as a ‘serious’ writer: an anniversary that shocked me in with how little of substance I had accomplished in that time, blaming my lack of progress on a stagnant traditional publishing industry. I made the decision to self publish that very day. Since then I have been working at breakneck speed and have already achieved far more success in five months than in a whole decade previously.

Circumstances have helped me a great deal. Ten years ago self publishing was virtually a non-starter due to a minuscule ebook market and no print on demand services that the average author could use. Even five years ago, when I first started writing OGJ in its initial form, ebooks were relatively obscure. I may have missed the ‘gold rush’ years of new Kindle authors being catapaulted to fame and riches if they played their cards right, but indie authors with a good story to tell can still find their audience and carve a niche for themselves. Reading technology is mainstream and the Web has matured to the point where anyone can use it as a marketing tool.

Am I a success? The simple truth is that I don’t know, because there is no standard measure of success for authors. I have yet to see a penny in profits from my work (Amazon has not yet sent me the first cheque, and in any case, the book hasn’t yet broken even). However, as an established author very wisely said to me recently, success as an author is not measured in financial gain because that isn’t why we do this–and hardly any writers make a living from their books anyway. It’s all about people reading your work and appreciating it. I have been completely overwhelmed by the praise I have received for The Only Genuine Jones, including some stunning reviews and writeups on the Web. Casual visitors to my site have downloaded the book and become the most fervent fans, spreading the word about my work and encouraging others to buy it too. Total strangers have been emailing me to beg for more stories.

I think by any standard this is a huge success. I am extremely pleased with what I have achieved since July, and although I’m very conscious of the fact that this is only the beginning, at last I am making progress in my writing career!

What about the future? I’m not going to slow down in 2013. In a way, the last five months have been a trial run. I’ve figured out what to do, put my social media skills to good use, and laid the foundations for future success. In 2013 I will be releasing new short stories in the Jones/Crowley universe (I really need a more snappy title for this emerging series) and am working on a new novel called Alpine Dawn, which departs slightly from the canon of OGJ and takes the reader back to 1848 when the Alps were only partially explored.

And after that? You’ll have to wait and see, but it involves the fate of O.G.Jones and has the current working title of La Dent Noire.


1. Crowley’s Rival, my new 10,000 word prequel to OGJ, is coming out as a Kindle exclusive on the 19th of December for the introductory price of 79p.
2. The Only Genuine Jones will be on sale for a few days over Christmas for the reduced price of 99p. As I have stated previously I have no plans to put OGJ on a free promotion so this is the cheapest it will ever get!
3. Don’t forget that my first paperback release is scheduled for the 27th of February at a special launch event in Glencoe. I’m currently in the process of producing the paperback edition of OGJ and will be writing future blog posts about my experiences with FeedARead (mostly positive so far you will be glad to hear!)