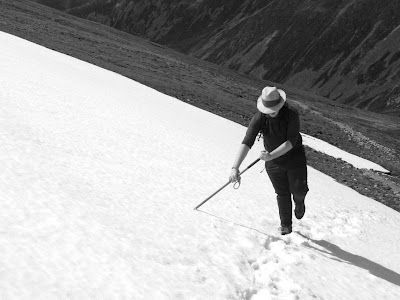 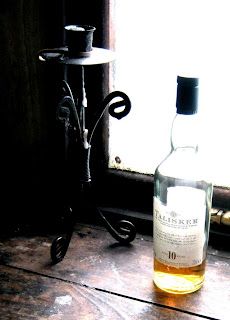 From the top of the Lairig Ghru you can’t see all the way down into Glen Spey, but gradually more and more of the road onward is revealed until at last you catch a view of the miles of forest still to cross before reaching Aviemore. I was carrying a heavy pack and at this point I could feel every single mile I had walked so far. It looked like a hell of a long way to go yet!

On the plus side, Rothiemurchus is a beautiful forest. Although parts of the woodlands are managed, it’s descended from ancient Caledonian pine forest and has a prehistoric feeling to it. Apparently red squirrels live here although I wasn’t lucky enough to see any.By the time I finally reached Aviemore, my feet were blistered and I was looking forward to a well-deserved pint in the Old Bridge Inn (the place where all my Cairngorm adventures have traditionally ended over the years). The pint in question turned out to be Trade Winds, an old favourite of mine, and it tasted fine indeed after many miles on the road!

After something to eat, I decided to get the train back to Blair Atholl that night (as my ticket home was from Blair). From the train station, I caught one last glimpse of the mountain range I had crossed – distant, capped with snow – and the knowledge that I had walked all the way felt very satisfying!

The outcomeThis has been one of the best mountain holidays I’ve enjoyed in a long time. The weather held out for the full five days (including a previous day on Beinn a’Ghlo with James) and I managed to complete a respectable backpacking route, plus a clutch of mountains in fine condition. The only snag was my right knee, which developed a twinge on the second day, particularly when going downhill, and prevented me from extending the trip any further.In addition to the obvious pleasures (and pains!) of my voyage, I’ve picked up a mass of information which will make it into The Forbes Challenge. It’s all very well knowing the plain facts about a time or a place – anyone can look those up – but what really sets a book above all the rest is the detail. If the author has been to a place, touched it and smelled it, suffered for his art, then the words on the page will shine with meaning. This is one of the philosophies I have tried to adhere to throughout my writing career and it has transformed my work.I have no doubt at all that, when I finally finish TFC, it will be a far richer story thanks to my journey on foot from Blair Atholl to Aviemore.