This picture was taken exactly eleven years ago, on Saturday the 12th of April 2003. It’s one of my favourite images from my first few years living on the Suffolk coast and also part of my collection of early digital images. In this blog post I’d like to ponder what it means to return to places that have significance for us, and how our own minds influence our perceived reality.

As a family, we first got a digital camera in 2002: a two megapixel beast that ran on 4xAA cells. Despite its woeful limitations by modern standards, this camera had a positive effect on both me and my brother James. Until then we had used traditional film SLRs: capable of taking brilliant photos, but cumbersome, limited, and relatively arcane to operate. James was always much better at the technical side of photography; I was only interested in recording moments in time.

And we recorded many of those moments. In 2002 and 2003 I hiked extensively in the Suffolk sandlings, always accompanied by the digital camera. I took thousands of photos, rapidly filling up the hard drive of our home computer.

It’s no coincidence that I look back on 2002 – 2003 as landmark years for both my creativity and my personal development in general.

The link between countryside and creativity


Hiking — or simply being immersed, alone, in nature — has always fuelled my creativity, but in those early years I first consciously identified this phenomenon and learned to harness it.

I walked hundreds of miles through the Suffolk forests, discovering secret places and interesting viewpoints. I followed the coastal defences, sometimes walking 25 miles in a day along the coast. I saw many beautiful sunsets over the marshes. Often walking at night, I found that the thoughts and dreams that bubbled up from my unconscious mind were amplified by the solitude and the silence. During this period, my writing was prolific and I sometimes wrote 30,000 words a week, although I was also unskilled and started more projects than I finished.


On the 12th of April 2003 I visited Staverton Thicks, a small wood of ancient oak pollards near Rendlesham. I had walked in Staverton before, but never all the way through to the other side and back through Tunstall Forest. This time I extended my walk.

I found a beautiful view, looking across a slope of daffodils to some birches. I took out my digital camera, recorded the image, and carried on with my walk without giving the scene a second glance.

Somehow, that image — which is a pleasing scene, but objectively nothing special — has taken on a deeper significance for me. That hike was one of many that year, but when I look back over the past decade that day is the one I remember above all others spent outside and alone in the Suffolk countryside. I couldn’t tell you why, except that I associate it with all the positive things the outdoors has given me during my life.

But I have returned to that place many times since, and it has never been the same again. 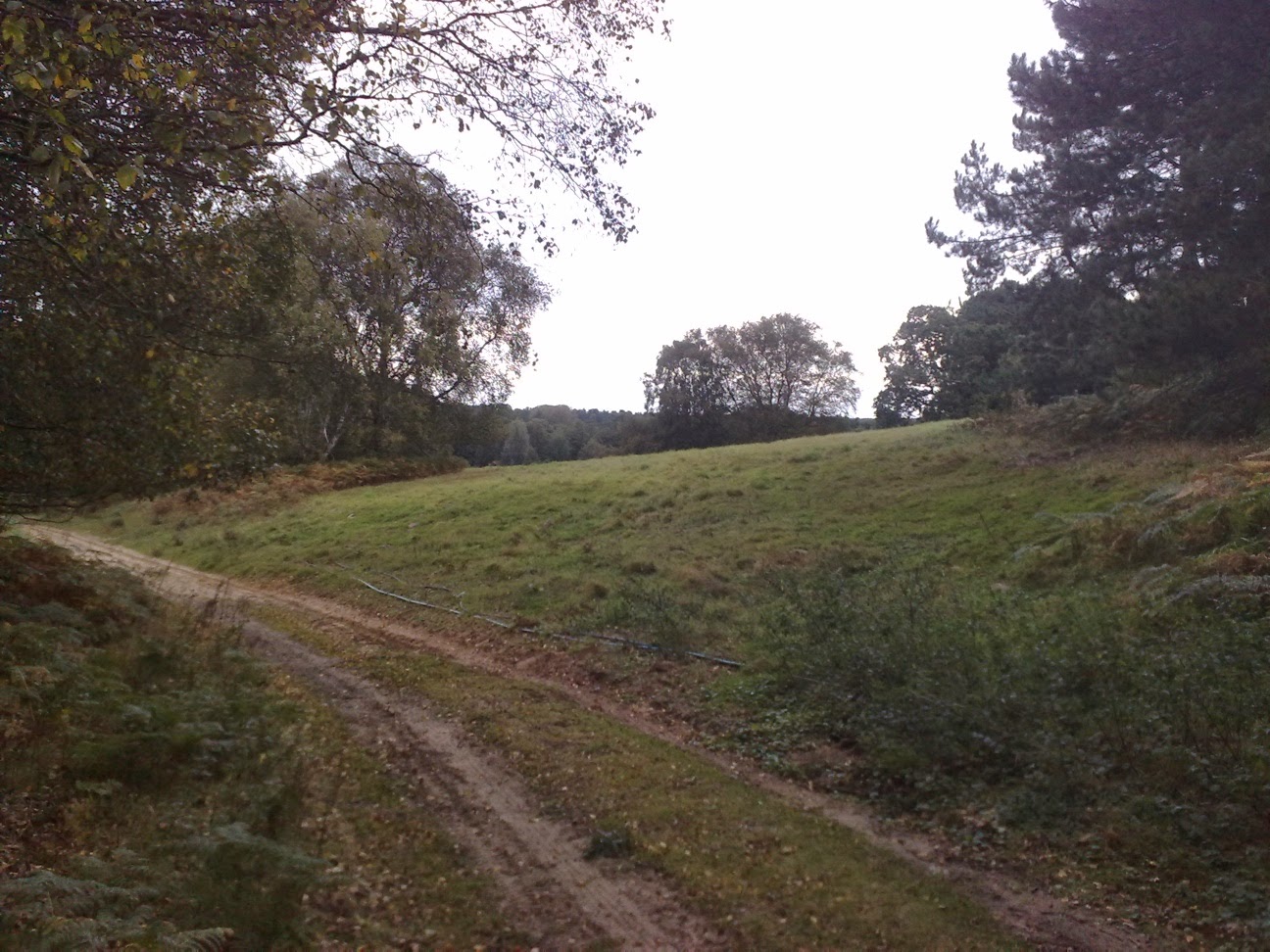 This photo was taken on the 11th of October 2011. On that day I walked the route through Staverton more out of habit than anything else. I was living in Suffolk but my heart was elsewhere. I wanted to move to Lincolnshire and was looking for a job, but the process had dragged out far longer than I had expected and Suffolk was starting to feel like a prison.

I was writing intensively, but I felt at my least creative. I was editing The Only Genuine Jones and made no time for nurturing new ideas. Somehow my daily walks through the forest had lost their ability to inspire me to new creative efforts.

On that day, the daffodil field could not have looked more different. The trees had grown, overshadowing the path and enclosing the meadow on all sides. The sky was thick with rain and the atmosphere was oppressive, silent. No birds sang from the boughs of the ancient oaks.

I looked across the daffodil field and I saw no trace of my moment of inspiration from eight years before.

I wondered why places are never the same when we return. Does the wonder of discovery wear off? Do we walk the same well-worn paths to try and catch that spark we felt at first, only to reduce the power with each subsequent visit?

Perhaps it’s significant that I no longer feel this way. When I return to places that have special meaning for me, I now feel the welcome embrace of old friends. When I go back to Great Langdale, or to Glencoe, or to my clearing amongst the birches in Tunstall Forest, I think back to past visits and I feel my batteries recharging. I come back from trips to the mountains brimming with fresh ideas and impatient to start writing something new.

Since those early years of hiking and digital photography I’ve learned that contrast is actually what feeds my creativity rather than nature alone. Too much of a good thing can dull my senses and take away the magic just as surely as too much time spent at the office.

The landscape changes but little; it is we who change.