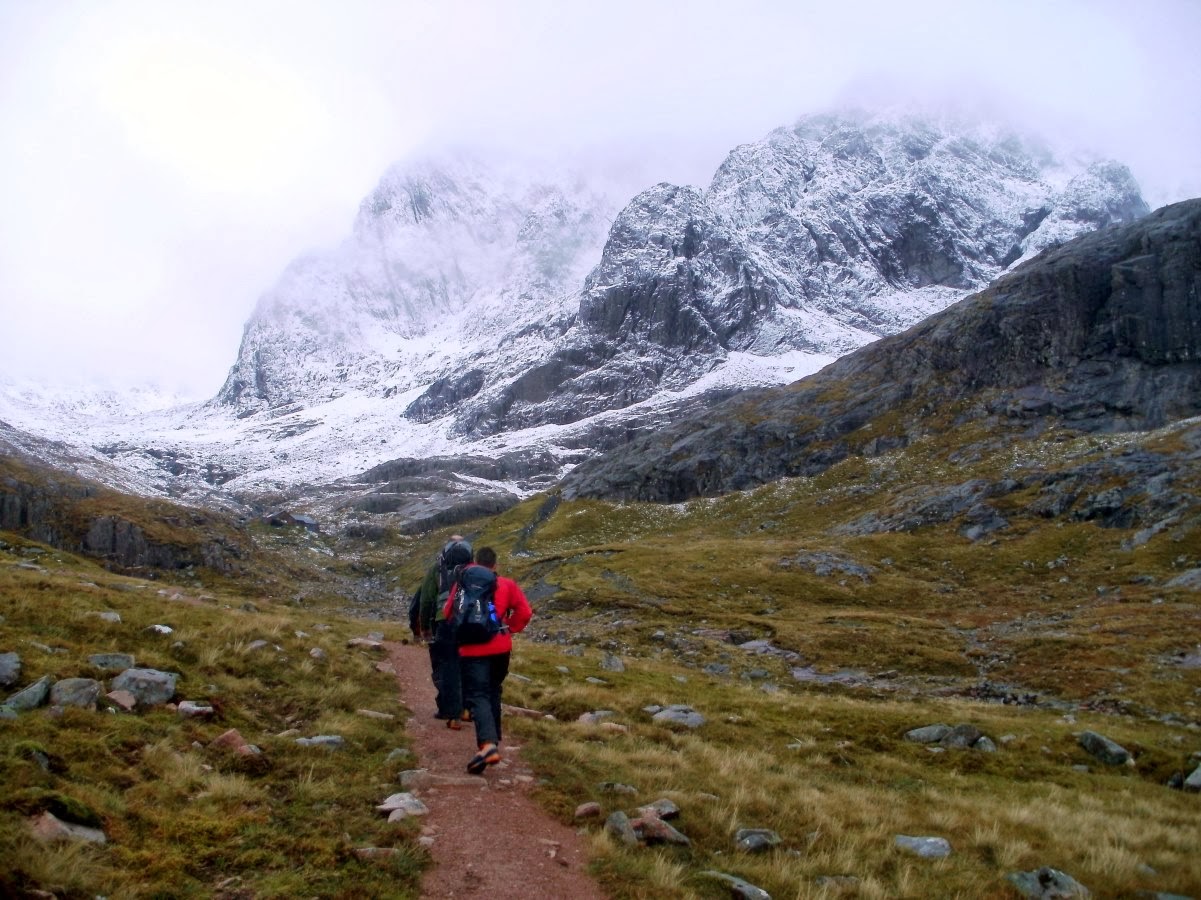 British winter climbing is in a strange place at the moment. We like to get away to the hills as an escape from “real life,” and yet the world of climbing frequently mirrors the world around us even if we like to pretend that it doesn’t.

Look around you. We live in an age of ubiquitous information, of instant answers, of a vast mass of knowledge that can be tapped or ignored at will. A modern climber is a creature of the modern era, and it would be strange to expect otherwise.

I’m generalising to an extent here, but in the past climbing was a more adventurous activity: uncertain, unpredictable, and more of an act of exploration than it is today. The sense of adventure remains strong, but the sport has changed beyond all recognition and modern climbers, particularly winter climbers, crave one thing above everything else: information.

The advance of the information age in climbing has been a long and slow one, arguably beginning in the 1890s when O.G. Jones wrote his first guidebooks to popular climbing areas of the UK. His motivations for doing this were to help climbers avoid wasting their time and to prevent fatal accidents … noble goals, and yet he was widely criticised. The established climbing community resisted all attempts to democratize the sport.

The shape of things to come was set. Throughout the next century guidebook after guidebook was produced, covering more and more of the UK in greater and greater detail. As new routes were climbed the blank pages were filled in and even the climbing grades themselves became more precise, leaving less to discover yourself.

The first category is well-developed in the year 2014. Guidebooks are bewilderingly comprehensive and virtually every climb in the UK is documented to within an inch of its life. The amount of information available online is similarly verbose, allowing climbers every possible opportunity to research their routes of choice before even seeing the crag or mountain. It can be argued that this wealth of information has encouraged the phenomenon of “honeypotting” (in which popular routes get mobbed by crowds while others lie neglected), but that’s not really the issue I’d like to talk about in this blog.

It’s the second category – the conditions information – that really interests me.

Tweeting from the Crag

Conditions are everything in winter climbing. Depending on conditions, an ice climb may be a glittering pillar of pure ice … or a dank chimney dripping with water. Perhaps it’s to be expected that winter climbers have an insatiable appetite for conditions data.

Since I started mountaineering in 2006 there has been a revolution in how climbers find out about the quality of the white stuff coating their chosen hill. Forums existed in 2006, of course – and word of mouth has always been with us – but new technology has enabled high-quality information to spread far more quickly and in greater volume.

The Scottish Avalanche Information Service provides perhaps the best online information about conditions. Updated daily during the season, at a glance you can get a good idea about snow conditions in most of the main climbing areas. It requires experience to use effectively but is one of the best tools available today. MWIS is another vital tool that provides weather forecasts tailored to the most popular mountain areas.

Blogs have really taken off and now it seems that every guide, instructor, and enthusiast has a blog (this is by no means a criticism; I love reading mountain blogs!) UKClimbing.com now has a winter conditions page detailing which routes have recently been climbed, and perhaps most significantly of all, climbers on Twitter utilise the #scotwinter hashtag to tweet live updates on snow conditions directly from the crag. Twitter is buzzing with climbers and when I’m stuck down south with no chance of getting to the mountains it can be a real boost reading about adventures almost as they happen. It all helps to build up an accurate picture of what’s happening on the hill.

Good information can make the difference between a day like this… 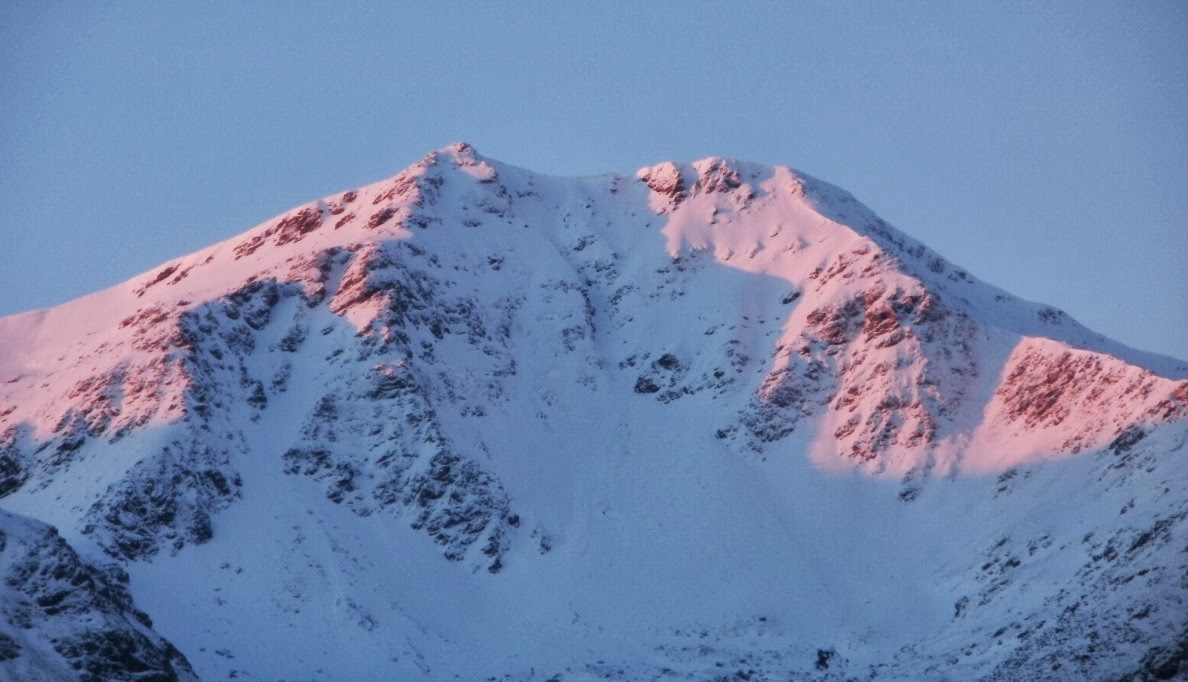 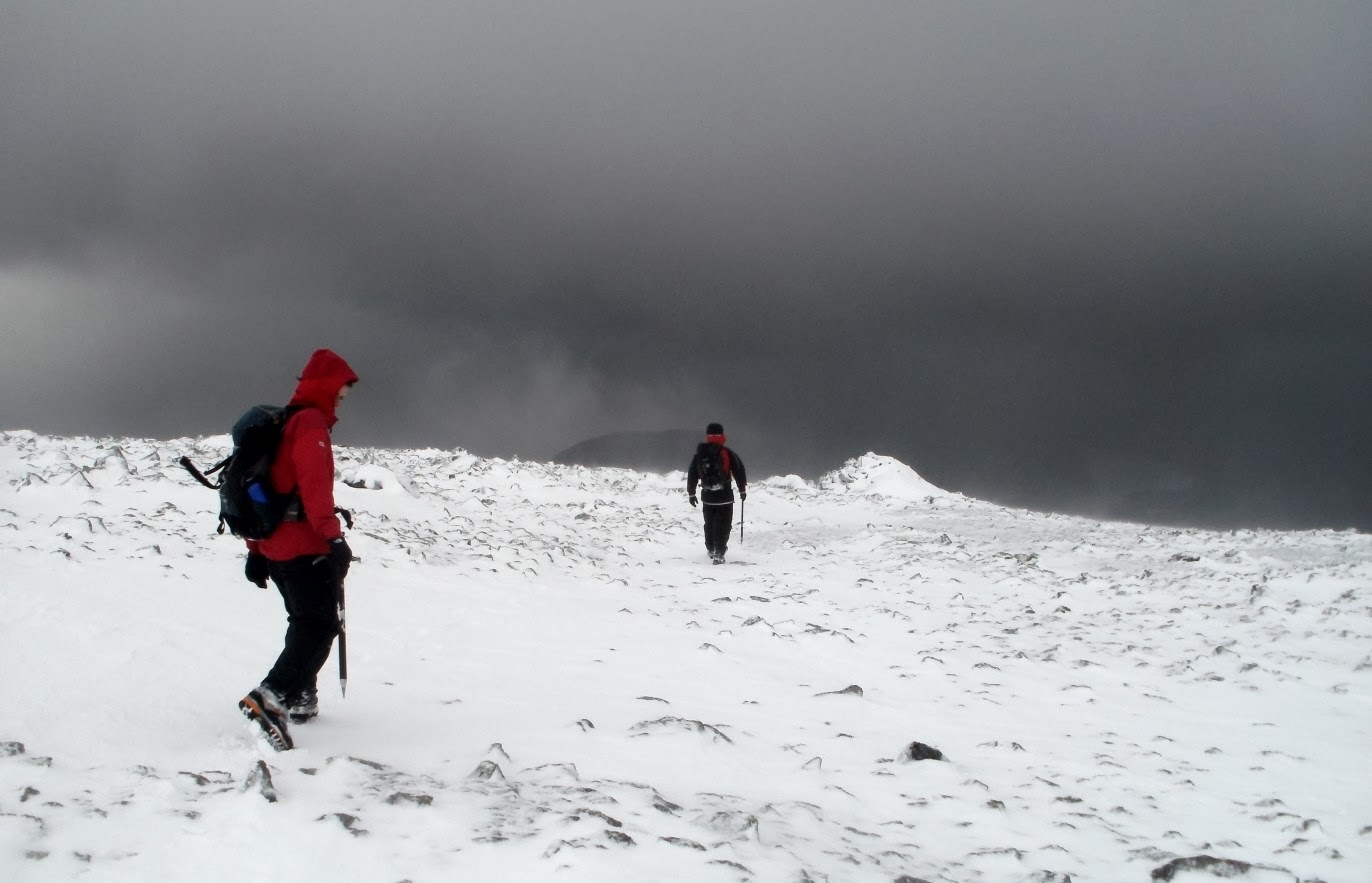 All this information is hugely empowering. Once, mountaineers might have driven hundreds of miles to a mountain, perhaps using up their only holiday opportunity all winter – and with no idea of what they might find when they got there. In the days before guidebooks they might not even have known about any climbable routes, and they certainly wouldn’t have had any idea about critical factors such as avalanche risk, snow quality, or cornices.

Of course, that’s the very definition of “adventure” and I’m quite sure that such circumstances have produced fine outings on many occasions.

However, the chance of mishap is high and the margin for error slim. At best, the climbers risk disappointment if the mountain is stripped of snow and none of the routes are in condition. At worst, they risk death from avalanche.

Nowadays the climber has options. He or she can look up routes in a guidebook to judge their own skills in relation to the mountain. The climber can research a wealth of data online, from accurate weather forecasts to avalanche observations, from recent pictures of the mountain to tweets posted the day before from the same route. When used wisely and tempered with experience, the risk of disappointment or accident is reduced – and, arguably, the chance of having a memorable and safe adventure is increased.

We climb in an era when information is readily available, but some of us still look back to simpler times and yearn for the uncertainty and adventure of days before we had such powerful tools. As a sport, climbing is inherently adventurous – but we live in times when technology and information threaten that sense of adventure.

The Next Phase: Real-Time Updates

The BMC has recently launched a new service enabling winter climbers to view live temperature data directly from Cwm Idwal, a popular ice climbing location in the Snowdonia National Park. The pilot service is very well-presented and climber-friendly. A little knowledge will allow potential visitors to judge whether or not the ice routes are likely to be in condition.

It’s an interesting development and, when I read about it today, I asked myself if I would use such a tool. I sometimes enjoy the freedom of climbing without guidebooks, but I would never venture into the mountains without appraising myself of the avalanche and weather forecasts. I remain a 21st century climber despite my occasional fondness for tweed and nailed boots.

I must admit that I would use these sensor readings, even if part of me recoils from the clinical stripping-away of uncertainty and adventure.

The information age of climbing progresses, times change, and the boundary between adventure and common sense continues to move – but it moves ever in the favour of greater safety, more information, less uncertainty.

I don’t really know what point I’m trying to make with this piece. Part of me looks back at the brave, foolish early years of climbing and yearns for the days when the mountains were empty and unknown and to climb was to be a genuine explorer. Part of me knows that change is inevitable and the sport of climbing is as subject to technological shifts as everything else. Part of me realises that if extra information can avoid disappointment or danger then it’s almost certainly worth it.

But I wonder about a future where every mountain throngs with climbers, where we all wear Google Glasses which can calculate every axe placement and give live readouts on the probability of a slope avalanching. Is that the future we want for our most wonderful sport? The machines are already taking over in the fields of navigation and communication in the mountains; will they start replacing our common sense and experience as well?

I really don’t have an answer for this. I don’t see it as the thin end of the wedge, but rather a point in a long, long process. We can’t resist the future but, for the moment at least, we have some choice over the extent to which technology intrudes into our adventures in the mountains.

What do you think? Do you welcome the introduction of real-time temperature sensors in climbing venues, or do you think we have enough information on conditions as it is? Sound off below!