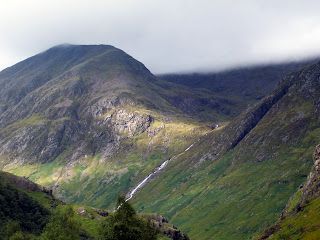 I was staying in Glen Nevis and had just ticked off the Ring of Steall in a two day lightweight bivvying expedition. Blisters plagued me and the forecast was terrible, but undeterred I crossed the River Nevis at Achintee and set forth on the adventure. The Pony Track is an unrelenting grind up a stony zig-zag. The difficulty of the walking is very low, but it goes on and on; even on a fine day, it’s unlikely to be memorable for aesthetic reasons. People climb the Pony Track simply to get to the highest point of the UK. It’s far more useful to climbers as a quick way down.

I got to the summit in thick mist, saw a lot of stones, and thought to myself that Ben Nevis wasn’t that good a mountain after all. I naively thought I had ‘done’ Ben Nevis, but as I would come to appreciate over the next few years, I had seen only a tiny proportion of this grand mountain.

~ FIRST EXPERIENCE OF THE NORTH FACE ~ 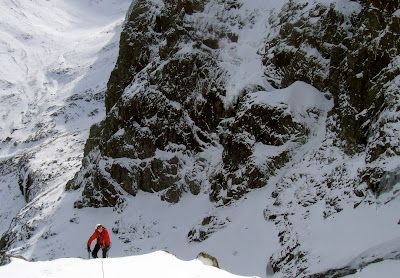 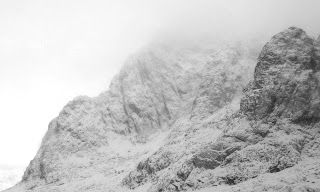 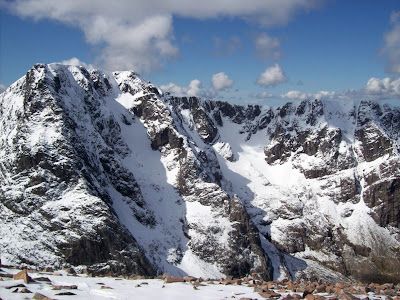 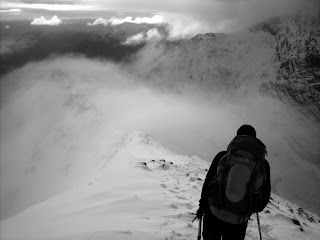 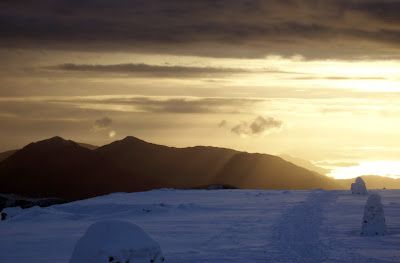 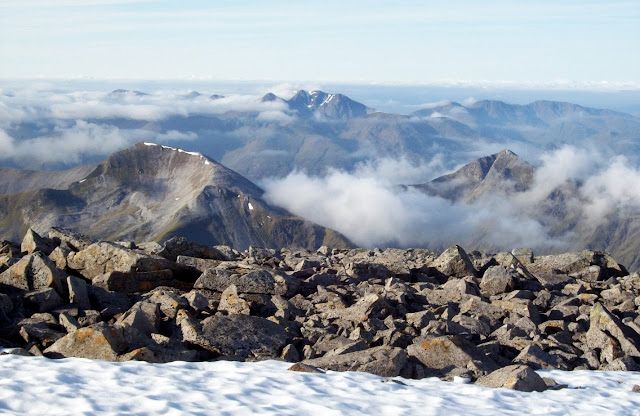 I never climbed on Ben Nevis again in summer, but returned several times in the winter months to sample the almost limitless possibilities for ice climbing contained within the various corries of the North Face.
Over the years I climbed South and North Gullies, failed on Raeburn’s Easy Route thanks to windslab, and enjoyed yet another unforgettable climb on No.2 Gully in May 2010. I’ll let the pictures speak for themselves. Ben Nevis has always given me quality days out, and even when the weather gods decline to provide the coveted blue skies and sparking ice, the atmosphere of the cliffs never fails to inspire awe.
So there you have it. I have climbed on Ben Nevis many times over the years and it remains a favourite mountain, but it’s obvious to any climber that I have only just scratched the surface of the climbing potential on these cliffs. I have yet to climb Observatory Ridge, or any of the classic ice gullies, and I think that’s what is truly special about this mountain: there is always more to do and look forward to, regardless of your grade.
Longformmountainsmountains of my lifeScottish winter climbing