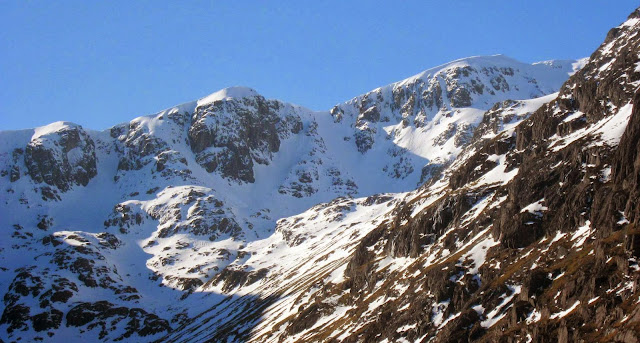 So, my first full year as an author of mountain fiction has come and gone. Much has happened in 2013, and in this post I’d like to share some of my high points.


In January I returned to Glencoe (a former home of mine) to record a radio interview with Chris Sleight from BBC Radio Scotland. I took to the hills in my Victorian mountaineering equipment and cut steps up a Grade II winter climb on Stob Coire nan Lochan. It had been a while since I last cut steps in anger and it felt good to be climbing “properly” again!

Two days later my brother James and I climbed the Beinn Fhada ridge to Stob Coire Sgreamhach, one of the last big ridges in the area I hadn’t climbed when I lived there. It was a bitingly cold day but the views into the Lost Valley were spectacular. 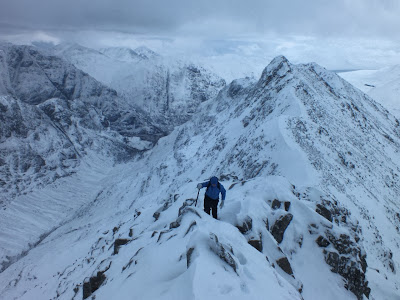 
The big event for February was, of course, the paperback launch for my first novel, The Only Genuine Jones. Hannah and I travelled back to Glencoe, staying at the inn as guests this time, and on the 27th of February I took to the stage to talk about the remarkable story behind my novel. 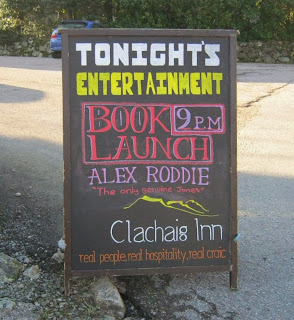 The paperback edition of the book sold really well (sold out, in fact!) and the whole experience was overwhelmingly positive.


By early summer I was hard at work on my second novel, tentatively called The Forbes Challenge at that point although I eventually settled on the title of The Atholl Expedition (now available to download on Kindle). I made the decision fairly early on that I would have to visit the forests of Atholl and Mar for myself and follow in the footsteps of my characters. In early June I carried out my own Atholl expedition, trekking from Blair Atholl to Aviemore via the classic pass of Glen Tilt and the Lairig Ghru.

I was blessed by fine weather and completed the crossing in three days. In addition to my backpacking / bothying route I also climbed a number of Munros, including Beinn a’Ghlo, Cairn Toul, and Braeriach.


In September I fulfilled a long-held ambition by visiting Glen Shiel. This area of the Western Highlands is crammed with Munro peaks and I ticked off a clutch of them while I was there, including the classic Forcan Ridge of the Saddle. Once again I was blessed with incredibly good weather, which worried me a little … I began to think I was storing up the bad weather days for a later trip (probably a winter one!)


In Autumn I worked hard on The Atholl Expedition, putting in the hours and adapting my workflow to create a distraction-free environment. I experimented with writing on a vintage Mac–ultimately a very successful experiment, one I will continue into the new year–and I also invested in a bluetooth folding keyboard for my tablet. I spent a lot of time writing in my local coffee shop in Skegness. Slowly but surely, the novel took shape.


Last but not least, this month saw the successful launch of my second novel on Kindle – an event hampered by connectivity problems and family illness, but that didn’t stop the book from staying in the top ten mountaineering books on Kindle for several days (and selling almost 80 copies so far). The response to the new book has been huge. Now I’m hard at work on the paperback edition. 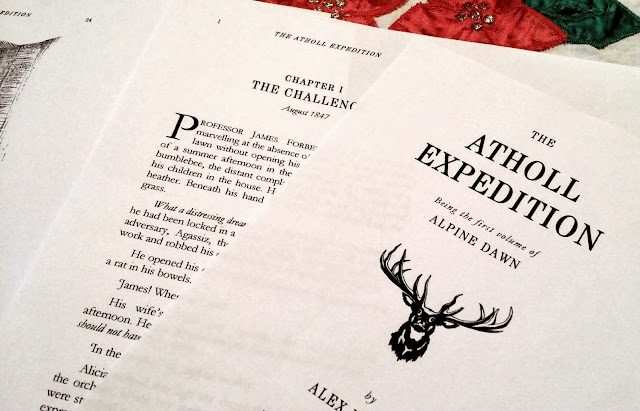 
I have big plans for next year! Work is already underway on Alpine Dawn Book II, and I’m rather optimistically hoping to launch two books in 2014. I hope to visit the Cairngorms at least once (if not twice), and most importantly have fun in the mountains.

Have a happy and safe new year!